Join us for the opening night preview of  ⁄ edition on the ground floor of the Metro Toronto Convention Centre.

Hannah Black is an artist and writer from London. Black’s practice as an artist and writer draws on feminist, Marxist and black radical theory, autobiographical fragments, pop music, hope and hopelessness. She will inevitably discuss these themes in relation to recent work including her book Dark Pool Party, and the effort, the many failures, to make art and/or writing adequate to the world, probably mostly avoiding the question of what “the world” is.

* Please note: This talk takes place as part of Art Toronto’s PLATFORM Speaker Series. A ticket for Art Toronto is required for entrance. 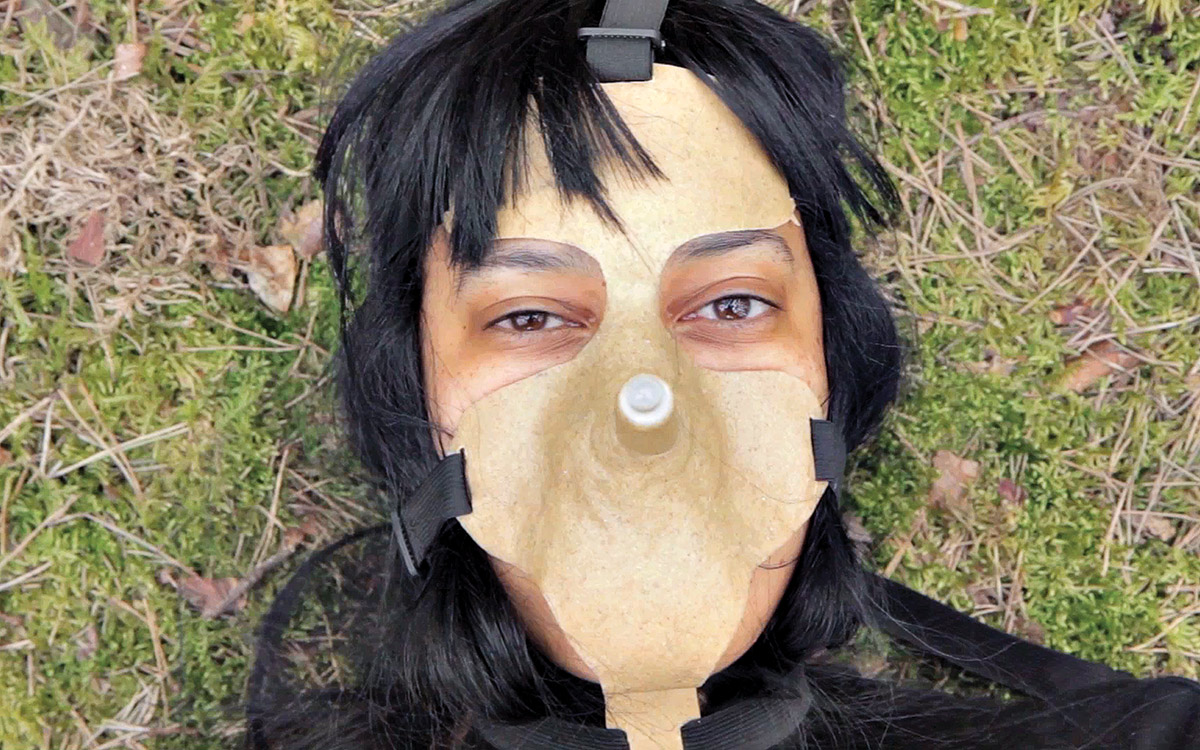 Still from Credits (2016) by Hannah Black

New York-based artist Rutherford Chang and  ⁄ edition Director Bill Clarke will discuss the personal, art-historical and conceptual aspects of the artist’s installation We Buy White Albums and some of his recent projects, such as his participation the New Museum’s Real Live Online series. This informal talk will take place in the We Buy White Albums installation at the fair.

Through the lens of their ongoing research into underground publishing initiatives in Northern Europe, Sápmi and Russia, Busse and Nango will discuss how printed matter has been used politically to mobilize larger social transformations and create communities.

Joar Nango is an architect and artist of Sámi descent based in Tromsø, Norway. Amongst many print-based projects, he is also the editor and publisher of Sámi Huksendáidda, a fanzine that researches Saami architecture from different perspectives.

Tanya Busse (CA/NO) is a visual artist and is also currently co-director of Mondo Books, an independent book platform that focuses on art publications, fanzines, and printed matter, mainly by young and newly-established artists from the arctic North.

Since 2008, ten of Toronto’s most dedicated collectors and aficionados of artist’s books, editions and ephemera have been meeting as “Book Club”. At these meetings, the curators, collectors and artists who make up the group share their latest acquisitions with each other in what they describe as “show and tell for book-loving grown-ups.”

Members of the group have agreed to do a public “show and tell” of rare and interesting items from their collections. Book Club’s presentation will be a unique opportunity to see and learn about rare artist’s books and editions that usually remain securely under glass when exhibited in galleries and museums.

The Persistence of Print

Four web-positive artists and publishers discuss their ongoing work in the print medium. 25 years after Tim Berners-Lee posted the first website, everything about the print medium has been transformed. Some of print’s former uses have been rendered redundant, but new possibilities have emerged, including hybrid projects that involve online and print components.

Robert Dayton is an interdisciplinary artist and writer. As The Canadian Romantic, he manifests as a series of videos, live performances, a doll, an art book and a winking photo to make people in Canada and everywhere feel more attractive.

Annie Koyama is a Toronto-based former film producer who, after a health crisis, accidentally fell into publishing art books and alternative comics. She believes that print is not dead.

Jim Shedden is the Manager of Publishing at the Art Gallery of Ontario, where he also curates film-related exhibitions. Shedden has been producing publications since his first zine, Gratis, at age 14, and loves print just as much as he loves html. He also occasionally makes films, programs music, writes, and blogs. 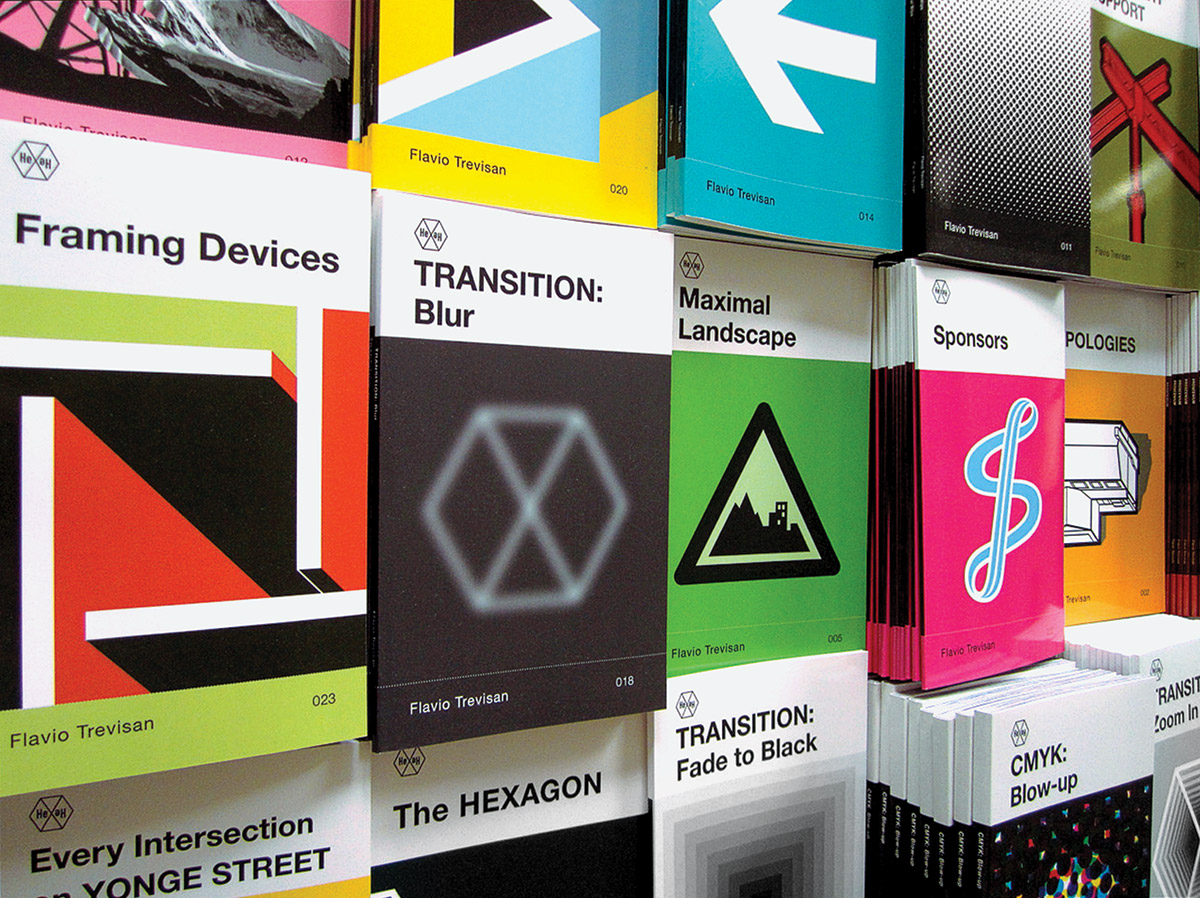 A Panel Discussion on Artists’ Publishing

Nasrin Himada will lead a group of artists, producers and publishers through a discussion of the ecologies of independent artists’ publishing in Toronto.

sab meynert is an artist and writer based in Toronto. Their work has been recognized as a melodic counterpoint to the independent arts publishing sector. Their work spins poetic imagery and text to weave maps of visceral emotions and the multiformity of life’s infinitely unfolding nature. Between independently published artist multiples, national and international gallery shows, collaborative initiatives with high profile musicians and artists, and their September world-distributed publishing debut, SPRAWLING HEART, meynert is an artist working in dynamic multiplicity.

Merray Gerges co-edits CRIT paper, a free newsprint criticism publication that she co-founded at NSCAD in 2012. In 2015 she attended Supercript, a conference at the Walker Art Center that deliberated over the futures of art criticism, as a Hyperallergic mentee, then spent the fall of that year as Emerging Critical Writer-in-Residence at the Art Gallery of Nova Scotia. She is Canadian Art’s 2016 Editorial Resident.

Colour Code is an independent print studio and publishing platform based in Toronto, Canada. We publish and distribute small-run artist books, comics, posters and other printed matter.

A workshop that looks at the ubiquitous accessory, the tote bag. We will consider how content from artist publications is transmuted into wearable content. How and why do we wear ideas? We will look at publications from the Art Metropole collection and design our own bags in relation to the content we find there.

Walter Scott is an interdisciplinary artist working across writing, video, performance and sculpture. In 2011, while living in Montréal, he began a comic book series, Wendy, exploring the narrative of a fictional young woman living in an urban centre who aspires to global success and art stardom but whose dreams are perpetually derailed. In fall 2016, Wendy’s Revenge, the sequel to Scott’s 2014 graphic novel Wendy, will be published by Koyama Press. Recent exhibitions include Fictive Communities, Koganecho Bazaar, Yokohama, Japan 2014; Pre-Existing Work, Macaulay & Co. Fine Art, Vancouver 2015; and Stopping the Sun in Its Course, Francois Ghebaly Gallery, Los Angeles 2015.

Letters to the Editors (2016, AKV Berlin & Bom Dia Boa Tarde Boa Noite Verlag) compiles the issues of a self-printed black and white bi-weekly journal dedicated to text-based practices, written and distributed by Anna M. Szaflarski between October 2014 and November 2015. Based on her theory that content is created through social contact, each issue combines Szaflarski’s texts with contributions from an international pool of artists, writers, family, friends, librarians, and colleagues.

The Emergent Property Game is the title of the schematic epilogue of Szaflarski’s Letters to the Editors, and also the impetus for a series of reading events under the same title. Each event brings together a small selection of the thirty contributors for readings and performances.

How to Read Artists’ Books
Joshua Vettivelu: I Don't Know How to Read!

“One of the perks of being dyslexic and a faggot is that language often fails you. Sometimes, art is a way around that. Sometimes, it really isn’t. This workshop will look at the connections between art and language when existing modes of communication are found to be insufficient. Language, like humour and art, is often just a set of agreed upon terms based on shared experiences. So, what happens if you found yourself in a body that wasn’t able to read those terms?”

Joshua Vettivelu is an artist working within sculpture, video, performance and installation. Their work seeks to explore how larger frameworks of power manifest within intimate relationships. Recently, their practice has been examining the tensions that emerge when personal experiences are mined for art production, and how this allows institutions to posture and position themselves as self-reflexive. Vettivelu currently teaches at the faculty of Continuing Education at OCAD University and is the Director of Programming for Whippersnapper Gallery.

We are pleased to host the first Canadian exhibition of We Buy White Albums by New York-based artist Rutherford Chang.

For the past 10 years, Chang has been acquiring first pressings of the Beatles’ 1968 self-titled double album. The record’s white jacket was conceived by British Pop artist Richard Hamilton, who suggested a simple cover to set the record apart from the psychedelic graphic design of the period. Commonly called the “White Album” because of its minimalist sleeve, the album’s first pressings include a unique serial number stamped on the cover. Hamilton’s jacket brings together high art and mass production in its design, which the artist considered “a small print edition pushed to an edition of millions.”

Visitors to We Buy White Albums will find an installation resembling a record store, with Chang’s 1,500+ first pressings of the album arranged in bins by the numbers on the cover. Visitors can flip through the bins and see how previous owners personalized the ‘blank canvas’ of the record jacket with stickers, doodles, and even some love letters.

One of the goals of  ⁄ edition Toronto is to build an appreciation of art book publishing, and artist’s books and multiples (or, as we define them: ‘artworks produced in editions of more than one.’) The  ⁄ edition Library is an ongoing initiative designed to support this aspect of the fair’s mandate.

Through contributions from book publishers and producers of artist’s books and multiples, the  ⁄ edition Library will grow over time. Our vision is an accessible, curated archive of such material that is international in scope,and our intent is for the collection to eventually be a resource that highlights innovations in contemporary art through book and multiples production.